How to Get Cheap San Antonio Spurs Tickets

There’s no fandom like the San Antonio Spurs. If you’re a huge Spurs fan, you know there’s nothing like going to a game in person to cheer on your team. Of course, ticket prices can add up pretty fast if you aren’t careful. Thankfully, there are some easy things you can do to get cheap San Antonio Spurs tickets. And with the 2019-2020 season underway, there’s no better time to look for cheap Spurs tickets than now!

Here are our favorite ways to find Spurs tickets on the cheap this season:

1. USE A TRUSTED DISCOUNT TICKET SITE

You might be thinking about using Craigslist to get cheap Spurs tickets. Don’t. There’s no way to know if the tickets are legit, and in many cases it’s a flat-out scam. Not to mention, it can be dangerous to meetup with a stranger to buy tickets.

Instead, use a trusted online reseller like SeatGeek where you can often get Spurs tickets starting at $10 or less in some cases. SeatGeek resells tickets people either don’t want or can’t use and boasts a really cool Deal Score feature to show you if the price on the tickets is really a good deal or not. This makes it super easy to find great deals on cheap San Antonio Spurs tickets without the guesswork.

This is a little hack for scoring dirt cheap Spurs tickets. Hold off on buying tickets until a couple hours before the opening tipoff, and then check the SeatGeek app at that time. Inevitably, there will be some sellers who haven’t been able to unload their tickets. Out of desperation, these sellers will usually start dropping their ticket prices the closer it gets to tipoff. The reason is simple — they would rather sell the tickets for a cheap price than not sell them and be stuck with a total loss.

3. JOIN THE SPURS OFFICIAL FAN CLUB TO GET SPECIAL DEALS

When you become a part of the San Antonio Spurs Official Fan Club, you get special deals and offers not available anywhere else. You’ll receive emails from the team with some great deals on discounted Spurs tickets. Offers include everything from family specials (4 tickets, 4 hot dogs, 4 drinks for a super cheap price) to last minute deals on games that haven’t sold out.

When certain teams come to town, tickets sell out quickly, such as when LeBron visits with the Lakers or Curry, Durant, and the Warriors face off with the hometown boys.

But whenever the Spurs play other teams that aren’t quite as popular or don’t have a megastar on their squad, tickets are usually much more affordable and you can usually find a great deal, especially on a resale service like SeatGeek.

Weekend night games are always going to busier and more expensive as more people are willing to go out on those days. But if you’re willing to go to a game early in the week on a Monday, Tuesday, or Wednesday, you’ll notice tickets won’t be at a premium, opening up the door for you to save big.

6. FOLLOW THE SPURS ON SOCIAL MEDIA FOR SPECIAL DEALS AND TICKET GIVEAWAYS

What are some of your best tips to get discounted San Antonio Spurs tickets? Let us know in the comments: 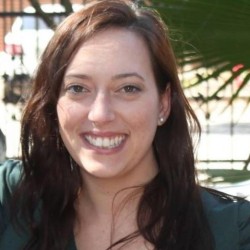 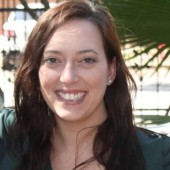