Spurs, City Working Together to Renovate Parks and Basketball Courts Across the City

On Friday, January 31st, the City of San Antonio and Spurs Give, announced that they would be working together to renovate parks and basketball courts throughout the city.

The new four-year project, Play SA, was brought to life by LaMarcus Aldridge of the San Antonio Spurs. It was inspired by his childhood and how it took a turn when a basketball court was built in his neighborhood.

He proposed this idea in an effort to give back to the community and children in need.

Play SA is a $1 million initiative with the purpose of community impact, positive influence, and to inspire families to stay active together. It will conclude in 2024.

The donation will be used to rebuild and improve parks and indoor and outdoor basketball courts throughout San Antonio.

Half of the contribution will be from San Antonio Parks and Recreation, and the other from non-profit, Spurs Give. Spurs Give, formerly known as Silver and Black Gives Back, unveiled its new name before announcing project Play SA.

“There’s a long legacy of players that understand that life is more than basketball. LaMarcus is one of those players that embodies that,” Spurs Sports and Entertainment Chairman Peter J. Holt said.

He also added that LaMarcus’ contribution, time, and effort has a positive impact on the community.

The Alamo City and Spurs Give will be working together to renovate parks until every penny is spent.

Mayor Ron Nirenberg says that one way they’ll be improving is with access to parks with walking distance.

The first year of the project will focus mainly on basketball courts.

So far, Woodard Park — where Spurs Give was revealed and project Play SA was announced — has been the first selected for the renovation. The others are still being decided.

The Spurs nonprofit, now known as Spurs Give, has given back to the community for 30 years.

It has invested and given back over $28 million to the community and has helped 420,000 children and coaches across San Antonio. 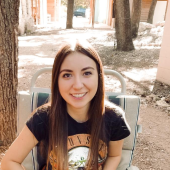 Isabella Hernandez is a copywriter and blogger based in San Antonio, Texas, She specializes in helping creatives make their personality beam in their copy. When she's not writing, you can find her spending time with her dogs, cats, and binge-watching anime like there's no tomorrow.

Get Deals in Your Inbox

Sign up for FREE and keep up-to-date with all the best events, discounts, and deals in San Antonio!

You have Successfully Subscribed!