5 Texas Ghost Towns That Are Worth the Road Trip

We Texans are proud of our history, even our Texas ghost towns. Ask any Texan and they’ll gladly recite stories of The Alamo or the Battle of San Jacinto. We’ll give you our favorite burger recommendation and make sure to also throw in a local saying or two in the process. Texas ghost towns are also something that we Texans are pretty proud of.

Each 5 of the towns listed below have a strange and important history but are now deserted. Along with their histories, each town also carries a strange ghost-like feel to it. If you’re looking to take a unique road trip to one of the Texas ghost towns, keep on reading.

The tiny town of Terlingua has an interesting history of how it became a Texas ghost town. The population of Terlingua in 2010 is a meager 58 people. Terlingua is located near Big Bend National Park and in its successful days, Terlingua had around 2,000 residents and was home to everyday amenities such as schools, a hotel, a telephone service (even without electricity) a company doctor, and mail delivery.

All of these luxuries were made possible by the industrious miners who roamed the Chisos Mountains searching for quicksilver. Now the haunting ghost town has dwindled and visitors are limited to seeing a small handful of restaurants and bars, such as the infamous Starlight Theatre. And I won’t forget to mention the strange commingling of adobe houses beside trailer parks.

Small town Toyah, Texas boasted a population of 90 people after the 2010 census. Toyah finds its inception as a trading post for large local ranchers, however, before long Toyah had a post office. After that, Toyah became a major cattle shipping destination and even had a population of 771 in 1910. Unfortunately, the Great Depression knocked out the majority of Toyah’s thriving population and the town has yet to recover. This Texas Ghost town is a living history of what that difficult time in American history did to many.

The Grove, Texas was accurately named from the picturesque groves of live oak trees which populated the region. By the mid-1880s, the community was home to multiple general stores, two grocery stores, and a population of 150. In 2000, The Grove’s population was 65 people. However, when State Highway 36 bypassed the town, the boom and prosperous times that the town experienced in the early 1900s began to slow. Many farmers who lived close to The Grove were forced to relocate when Fort Hood was built, while many others lost their home to the construction of the Belton Dam.

Independence, Texas currently exists as unincorporated territory and can be found around Brenham, Texas. While the town is certainly not thriving today, Sam Houston and his family called Independence home in the mid-1800s. In fact, the town was once considered the wealthiest cities in Texas, finding it’s niche as a Baptist buckle of the Bible belt of Texas and also where one could find an educational center for the Republic of Texas. Baylor University began operating in Independence, Texas but was later forced to leave the town when they refused to allow the Santa Fe railroad to travel through and serve them. This small Texas ghost town is fun to visit and even more fun to learn about.

Did you know that there is actually a town in Texas whose population is 15 people? Lobo is actually currently private property. Lobo became popular in its time because it was the only dependable water source for miles and miles. Later on, people began to deliver mail to Lobo and also drilled a water well and even a depot. Promoters of the town advertised large hotels, many amenities, and other inaccurate descriptions of the small town. When the town’s purchaser’s arrived, they realized they had been lied to. In the early 2000s, a group purchased the town and turned it into private property. This strange Texas ghost town history certainly makes it worth a visit. 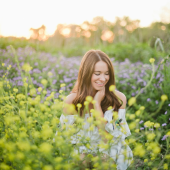